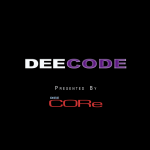 This is our future…as described by Ken and Gino, who kick off the week discussing the upcoming DOTA Paris Majors in Disneyland before sharing thoughts on the rest of the week’s eSports news including PUBG tournament news, 2K League’s first female eSports player, as well as interesting updates about offerings at PAX East 2019.

Also, discussions about the Division 2 Beta, Destiny 2’s “Jokers Wild” update, Devil May Cry 5, initial impressions of Days Gone, and the future of Playstation and Xbox.